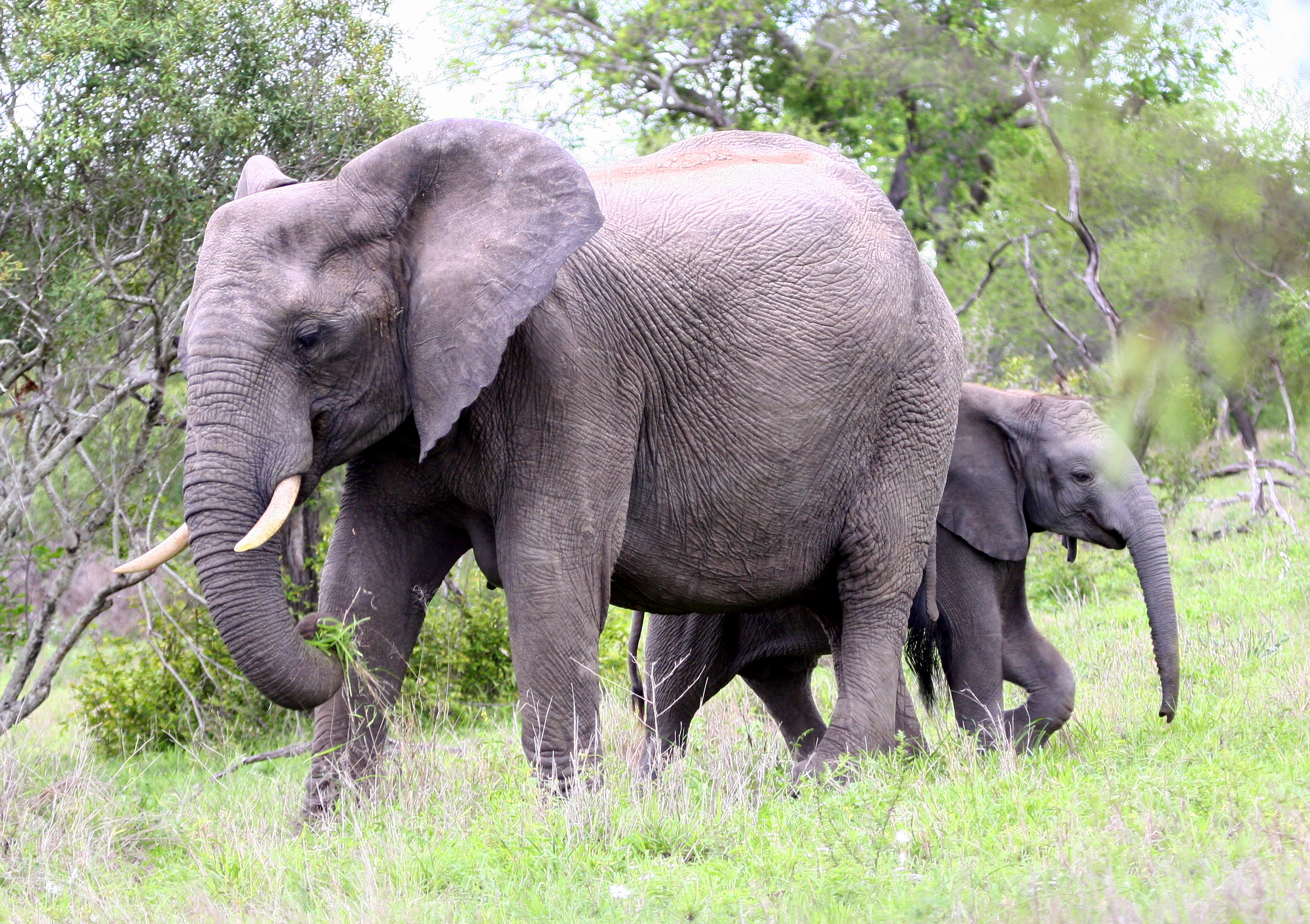 I’ve been very fortunate lately to have had my company send me to receive some leadership training. I really appreciate the investment, and have been trying hard to make it worthwhile by studying and finding ways to apply what I’ve learned.

During one of our sessions, one of my favorite references, Peter Senge’s The Fifth Discipline was cited on an occasion or two. Now, I don’t want to get off topic here, but if you’re a business analyst or work with complex systems and problems, the concepts of “shared vision”, “mental modeling” and, of course, “systems thinking” covered in The Fifth Discipline are well worth your time and study.

Getting back to the topic at hand, though… As a result of the training, I picked The Fifth Discipline up again myself and started reviewing some of my highlights. One particular quote really hit home with me in a way that it hadn’t before. It is the following:

“You can get a great deal done from almost any position in an organization if you focus on small wins and you don’t mind others getting the credit.” – Roger Saillant

To me, that quote is gold. It articulates well the feeling I’ve long had about being a business analyst. While we don’t necessarily wield power of position, we are ideally suited to make a difference when we help our businesses make those incremental changes which, over time, add up to significant wins and success in the marketplace. Because we’re not the leaders in title, it is important that we also don’t mind not necessarily getting the credit.

So, what exactly are small wins, and why do they seem to add up as well as they do? The balance of this post will include citations and snippets from sources I’ve  found valuable while studying the topic on my own. I hope you’ll find them useful, and will frequent the originating sources yourself for more information.

A small win is a concrete, complete, implemented outcome of moderate importance.  By itself, one small win may seem unimportant.  A series of wins at small but significant tasks, however, reveals a pattern that may attract allies, deter opponents, and lower resistance to subsequent proposals.  Small wins are controllable opportunities that produce visible results.

Once a small win has been accomplished, forces are set in motion that favor another small win.  When a solution is put in place, the next solvable problem often becomes more visible.  This occurs because new allies bring new solutions with them and old opponents change their habits.  Additional resources also flow toward winners, which means that slightly larger wins can be attempted. – Karl Weick from “Small Wins: Redefining the Scale of Social Problems,” American Psychologist, January 1984.

Small wins produce results because they form the basis for a consistent pattern of winning that attracts people who want to be allied with a successful venture. Small wins build people’s confidence and reinforce their natural desire to feel successful. Because additional resources tend to flow to winners, this means that slightly larger wins can be attempted next. A series of small wins therefore provides a foundation of stable building blocks. Each win preserves gains and makes it harder to return to preexisting conditions; each win also provides information that facilitates learning and adaptation.

Small wins produce results because they actively make people feel like winners and make it easier for others to want to go along with their requests. If people can see that a leader is asking them to do something that they’re quite capable of doing, they feel some assurance that they can be successful at the task. If people aren’t overwhelmed by a task, their energy goes into getting the job done, instead of wondering “how will we ever solve that problem?” They then have heightened interest in continuing with the journey.

Small wins produce results because they build personal and group commitment to a course of action… By working at finding all the little ways that people can succeed at doing things differently, effective leaders make people want to be involved and stay involved because they can see that what they are doing is making a difference. Small victories attract constituents, create momentum, and get people to remain on the path.    – from The Leadership Challenge by James M. Kouzes and Barry Z. Posner

The Psychology of Small Wins

Part of what makes a “small wins” approach the way they can ease tension and build confidence:

Complicated issues also induce frustration, stress, and personal friction. Psychologists have shown that individuals become anxious and tense when they perceive a problem as beyond their capability to solve. People typically evaluate their skills, as well as the capabilities of the groups and organizations in which they work, and they assess whether those capabilities match the demands of a situation. If they perceive a mismatch—namely, that the demands of the situation exceed their skills and competences—they become flustered, worried, and stressed. Those emotions make it difficult to actually solve the problem and make an effective decision. Therefore, the socio-emotional challenge is to keep everyone engaged and committed to a decision process by coping effectively with these intra- and inter-personal tensions. A “small wins” approach proves effective when a problem appears overwhelming to people. As Weick writes, “A small win reduces importance (‘this is no big deal’), reduces demands (‘that’s all that needs to be done’), and raises perceived skill levels (‘I can do at least that’).” – from Why Great Leaders Don’t Take Yes for an Answer: Managing for Conflict and Consensus by Michael A. Roberto

Developing a Small-Wins Strategy for Growth from Leading Blog tells us how to break free from the paralysis of fixation errors:

Small-wins focus on the here and now. What can we do now and what can we safely ignore or eliminate. It is an antidote to the fixation error trap. It’s easy to caught up in “everything”—the full impact of what is happening and the habits and perspectives that have become so much of who we are—that we become overwhelmed and unable to act at all. Fixation errors keep us from noticing what is really happening, separating us from reality. Reassess after each win and keep moving to build momentum.

Now, About that Elephant…

How many times have projects failed because we try to do too much all at once, and/or prematurely? We take on that 2 year initiative only to find, six months in, that the business landscape has changed in such a way that the value has decreased, or gone away entirely. So many times I’ve chided my stakeholders, project team members or even myself with the old, humorous question:

Each bite we take of the proverbial elephant represents progress – a small win – toward the larger, more significant goal.

Again, from Developing a Small-Wins Strategy for Growth from Leading Blog provides some context we can appreciate as professionals interested in providing solid business solutions:

Begin by breaking tasks and issues down in to manageable pieces; pieces that you can take responsibility for and act on now. If you are not in a position to implement this strategy on an organizational level, adopt it for your team or even individually. Lead from where you are. It’s contagious.

Dan Erwin in his post Why Small Changes Work, and Big Changes Don’t acknowledges that it really is a mind shift for most of us to exercise the discipline and diligence to go after success in “small chunks”.

Successful changes take place in small chunks.  So you’re after small wins, not big ones.  That’s an important change reality.  You succeed on the multiplier effect of small wins.  You’ll lose if your objective is too large. 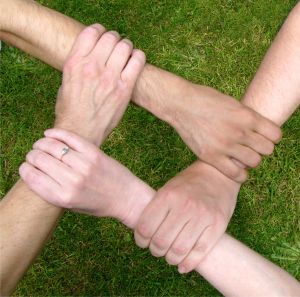 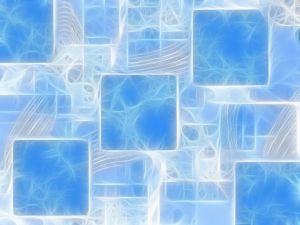 Patterns and the Evolving Business Analyst

It's Good to be a Business Analyst

A Few Words on Mentoring