I just want to pass along a story I read in this morning’s WSJ that I think will appeal to this blog’s audience because a] it’s about one of our own; a “techie”, and b] it’s just a neat story. I really appreciated it, and think you will, too.

Anyway, let’s take a short break from the rigors of discussing processes, documents, diagrams, meetings, deadlines, and the other everyday challenges of what we do as business and/or technology professionals while Carnegie Mellon Computer Science professor, Randy Pausch shares some of his “lessons learned.”

[Dr. Pausch], was about to give a lecture Tuesday afternoon, but before he said a word, he received a standing ovation from 400 students and colleagues.

They had come to see him give what was billed as his “last lecture.” This is a common title for talks on college campuses today. Schools such as Stanford and the University of Alabama have mounted “Last Lecture Series,” in which top professors are asked to think deeply about what matters to them and to give hypothetical final talks. For the audience, the question to be mulled is this: What wisdom would we impart to the world if we knew it was our last chance?

At Carnegie Mellon, however, Dr. Pausch’s speech was more than just an academic exercise. The 46-year-old father of three has pancreatic cancer and expects to live for just a few months. His lecture, using images on a giant screen, turned out to be a rollicking and riveting journey through the lessons of his life.

He began by showing his CT scans, revealing 10 tumors on his liver. But after that, he talked about living. If anyone expected him to be morose, he said, “I’m sorry to disappoint you.”

You’ll definitely want to read the rest of the article for more of the wisdom that Dr. Pausch shared with his audience that day. If you’re interested, the video is also available here.

Here’s hoping for a miraculous recovery and that Dr. Pausch will be around to deliver many more “last lectures.” 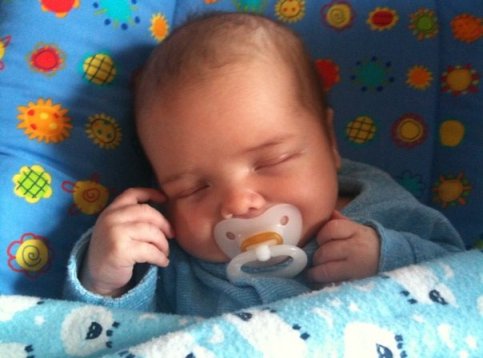