Could requirements analysis be automated? 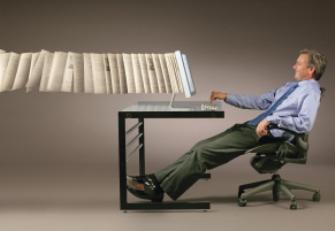 I remember reading not long ago about advancements in the area of business rule automation and being interested in the interfaces for rules engines now that make it possible for business stakeholders to “directly author, change and validate business policy decisions using a customizable vocabulary and with tools designed for non-technical users.” I thought, wow! That type of functionality could empower business users to implement new products, pricing… all sorts of rules-based functionality without any new code, or even a phone call to IT. Pretty nifty!

Then I began to think of the technological advancements in business analysis and modeling. The new wave of requirements definition tools are making it easier to model requirements. New, drag and drop-type wireframing tools have made mocking-up screens and reports easier for all, and possible for many that wouldn’t have been able to do them in the past.

History is rife with examples of machines taking the place of humans. And so I wondered; could systems and software be used to take the place of the requirements analyst?

If a bunch of really smart, experienced software professionals and analysts got together and created a massive, master repository of requirement patterns, elicitation questions, specification and modeling techniques, historical project data, etc., and tossed in a bunch of decision logic, could they conceivably create a tool that could guide “Joe” business stakeholder through an intelligent “requirements wizard” to produce a good enough specification to serve as a basis for design and development of a product?

Granted, it might not be as good and as thorough a specification as it would be if a good business analyst took the time and did things the old-fashioned way, but the question is, could it be good enough?

If not good enough to replace the analyst role outright, what about:

And let’s talk about opportunities for savings of time and money..

If you think the business would never go for an inferior document produced by a machine, consider that the system would probably produce the specification in a matter of minutes as opposed to the days or weeks (dare I say months?) that it might take an analyst to do his/her work.

We make judgment calls like this all the time – although on a much more trivial scale. For example, my regular razor gives me a better shave than my electric does, but most mornings I’ll use the electric because it  does a “good enough” job, and it’s a lot quicker and cleaner. Same goes for washing dishes or clothes by hand as opposed to using a washer… There are lots of parallels.

So, what do you think? Could you ever see something like the “requirements analysis and specification tool” being created? Will it?

I’m not worried about anything like this happening any time soon, but know that over the course of time we’ll discover new tools and automations that will require our skills to evolve and that will enable automation of things that were always done manually before and make things easier that were difficult before.

Sure, automating requirements is “Star Wars”. One day we’ll be driving hovercraft that run on nitrogen extracted straight from the air, too, right? Whatever the case may be, it’s just fun to think about and imagine.

By the way, am I the only one that thinks crazy thoughts like this? I’m anxious to find out.. Let me know what you think!

And if anyone decides to tackle creating this system, give me a call. I think it’d be a lot of run working as an analyst on that project! 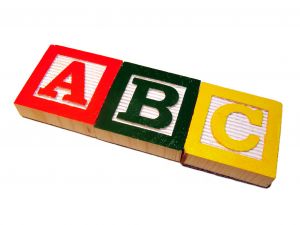 Use Case Basics: Keeping it Simple

What's the value of good requirements?